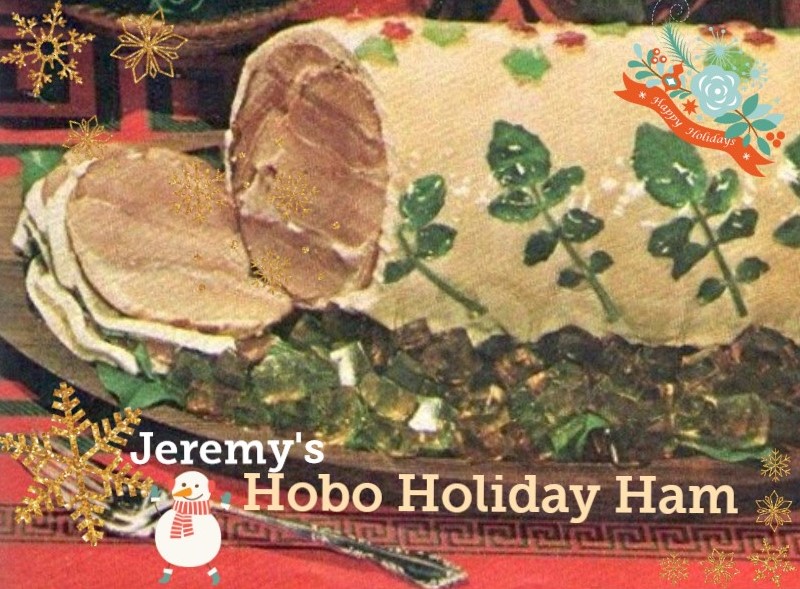 Mix up the captain crunch and mustard and roll the ham in it, get it good an covered.

Then place the ham on a home made grill made out of an old shopping cart over a fire pit.